I the meantime if you are looking to do some writing of your own I've added some new prompts and titles to play with in Splashes of Ink: Writing Prompts.
Posted by Unknown at 3:16 AM No comments:

Another little bit of flash fiction. This one is admittedly a bit silly. I've been working on the novel lately and that's quite dark so I needed to write something very different in tone. I hope you enjoy.


Cal was covered in green goo. Her short auburn hair was plastered to her head, the tshirt and shorts she wore were drenched in the substance and almost certainly ruined. It had slimed her, whatever it was, the moment she'd walked into the kitchen.

Trope of the Week: #2 Genre Savvy

Yeah, I know these aren't exactly weekly but I like the name so I'm sticking with it.

Since my first installment was a trope I really dislike and want to see fade away, this time I'm doing one of my favorites: Genre Savvy. This is quite simply where your characters don't know they are in a story (no breaking the fourth wall) but they know how things work. So they aren't going to split up to go look for clues or walk down dark alleys in vampire territory unarmed.

I really wanted to illustrate this post with the song Bin There Dun That by Echo's Children which is basically an anthem to genre savvy but there's no video for it on YouTube and it doesn't appear to be available on iTunes. If you can track down the song I highly recommend it.

Email ThisBlogThis!Share to TwitterShare to FacebookShare to Pinterest
Labels: trope of the week, tropes, writing

This is an expanded version of the author note I included for First Drops on Wattpad.

First I want to address the one part of this story that I admit is pretty fucked up: the fact that Cal admits she pretty much expected Lucas to attack her at some point and yet she's still with him anyway. Is that okay? No, it really isn't. In real life I would tell someone who felt like that about their partner to run away as fast as they can. That this is part of what drew Cal to Lucas doesn't mitigate that fact very much. However this is fantasy fiction with flawed characters and they have a relationship that will never be normal simply because of who they are. Sometimes it's sweet and romantic and sometimes it crosses that line into a darker place. Considering that I'm writing these stories it's more likely to be dark than romantic. 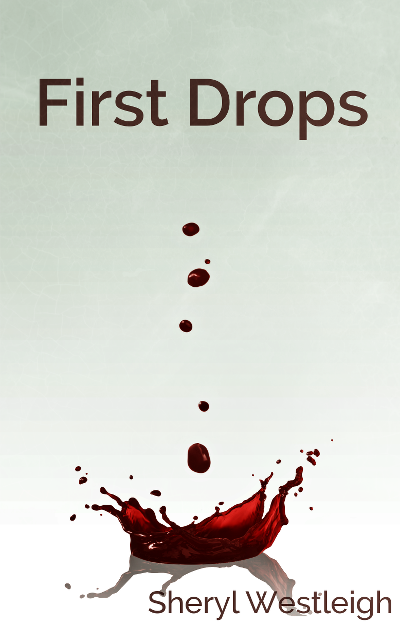 Of course, the whole story is a not-so-subtle metaphor for sex. Isn't that what vampiric blood lust is all about? More than that, I meant it to be about negotiating limits in a relationship. Even as messed up as their relationship is at this point it's still very much consensual and they talk about it. This is something I think is really important. So I've tried to draw on some of my own experience negotiating new activities with partners and discussions with other people about consent.

Real life often bears little resemblance to fiction, in reality if you didn't immediately run away from someone who wanted to drink your blood you wouldn't just agree to let them bite into your carotid artery. I think most people would want to discuss it a bit and probably want to have at least a little bit of control over what happens. I enjoy writing these short stories where I try to take a very normal situation, like having sex for the first time with a new partner, and translating that to a fantastic scenario. How would someone who has accepted that all this stuff exists, who has lived in this world her whole life because she is a mage, actually react? It's a nice shift from the longer ones I have in the works that get even more fantastical.

Finally finished this short story after working on it for far longer than I should have for it's lengths. It's one that pushed me a bit outside my comfort zone because while no sex actually takes place it was written to evoke that type of scene. Vampiric blood drinking has never been a very subtle metaphor for sex and I like taking things literally so this is what resulted.

Content Warning: This story is more PG13 than some of my previous stories, reader discretion is advised.


Lucas held Cal close, her long bare back pressed against him. Relaxed and boneless after the night's activities. He laid a soft kiss on her neck, at the place the carotid artery was closest to the surface. Nothing more than a kiss, it had become a small ritual of his over the last month. One he hoped she hadn't noticed.

"You do that every time, why?"

I've been struggling to finish a short story for several weeks now. It's one that is rather out of my comfort zone so it's been slow going. In between working on that however I've been putting together a few books on Wattpad about writing.

First is Ink Blots: Thoughts on Writing from the Tentacle Pen.This is just me talking about writing, my approach, opinions, pet peeves, etc.

Also I have Splashes of Ink: Writing Prompts. I have a whole notebook full of random story ideas and coming up with more is a great way to help me deal with writers block. I can't use them all so here's where I share them for anyone to use. I also plan to share stories people write using them.

Posted by Unknown at 7:41 PM No comments:

I came across a writing prompt that sparked this little idea, it was to write a story about someone who didn't change their clocks for Daylight Savings Time. I immediately thought about giving Cal a pocket watch, from there is turned into this super short story. I like writing these little glimpses into Cal and Lucas' "normal" life as a couple.


“Cal, did you forget to reset your watch?” Lucas peered at the antique pocket watch on Cal’s desk. It was small, a lady’s watch of the kind he remembered being worn around a hundred years ago. Silver with delicate filigree, the open face showed the time. It was an hour off.

“No, I never change it for Daylight Savings Time.”

All stories contained here are works of fiction. Any resemblance to real persons, living or dead, is not to be taken seriously.

Some of the stories take place in an alternate version of the real world. Some of the places are real, some are not so if you notice discrepancies in the locations (like streets that don't exist) just repeat to yourself 'it's just a story, I should maybe just relax'. All real locations are used fictitiously.